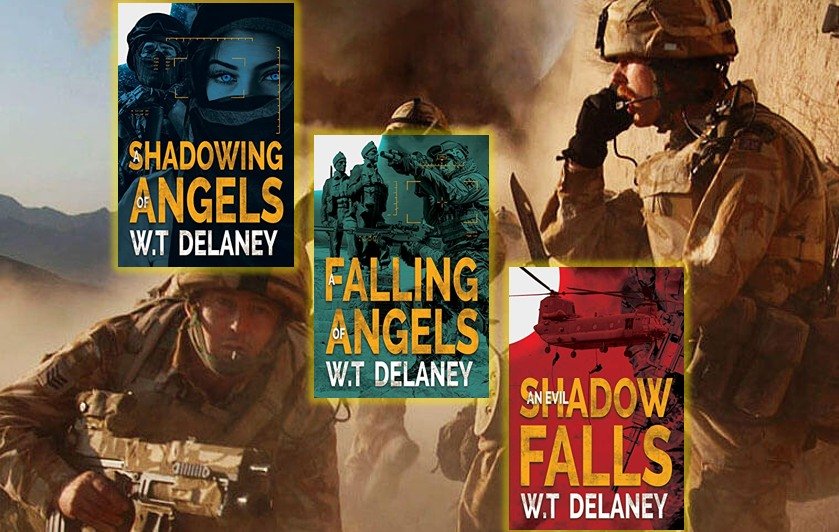 The Sam Holloway Trilogy, starting with the first book, A Shadowing of Angels, can now be downloaded for free.

The first book ‘A Shadowing of Angels’ unfolds in the murky and dangerous world of covert intelligence collection and the ‘Circuit; the name given by private military contractors to UK-based security companies. Set in 2016 this adrenaline-fueled spy-based adventure novel highlights the struggle against the evil of the Islamic State. Samantha Holloway is a highly trained intelligence operative and special forces officer working on the Circuit when an American hostage is snatched by ISIS in Iraq. Sam’s team is contracted to launch a search and rescue mission that starts in London and reaches its climax in the heart of darkness- the Iraqi town of Mosul, under the demonic control of Daesh. The books are narrated by renowned voice actor Mr Kerry Hutchison who the author served with in Afghanistan.

The Trilogy follows the same team throughout a storyline that features military action adventure against an espionage-based theme. It will appeal to lovers of thriller fiction. The second book A Falling of Angels and the climactic finale An Evil Shadow Falls are now all available for immediate download on Amazon audible, on Kindle, or in paperback. The kindle versions are also available free for the remainder of the month on Kindle Unlimited. The URL for the Amazon promotion is below.