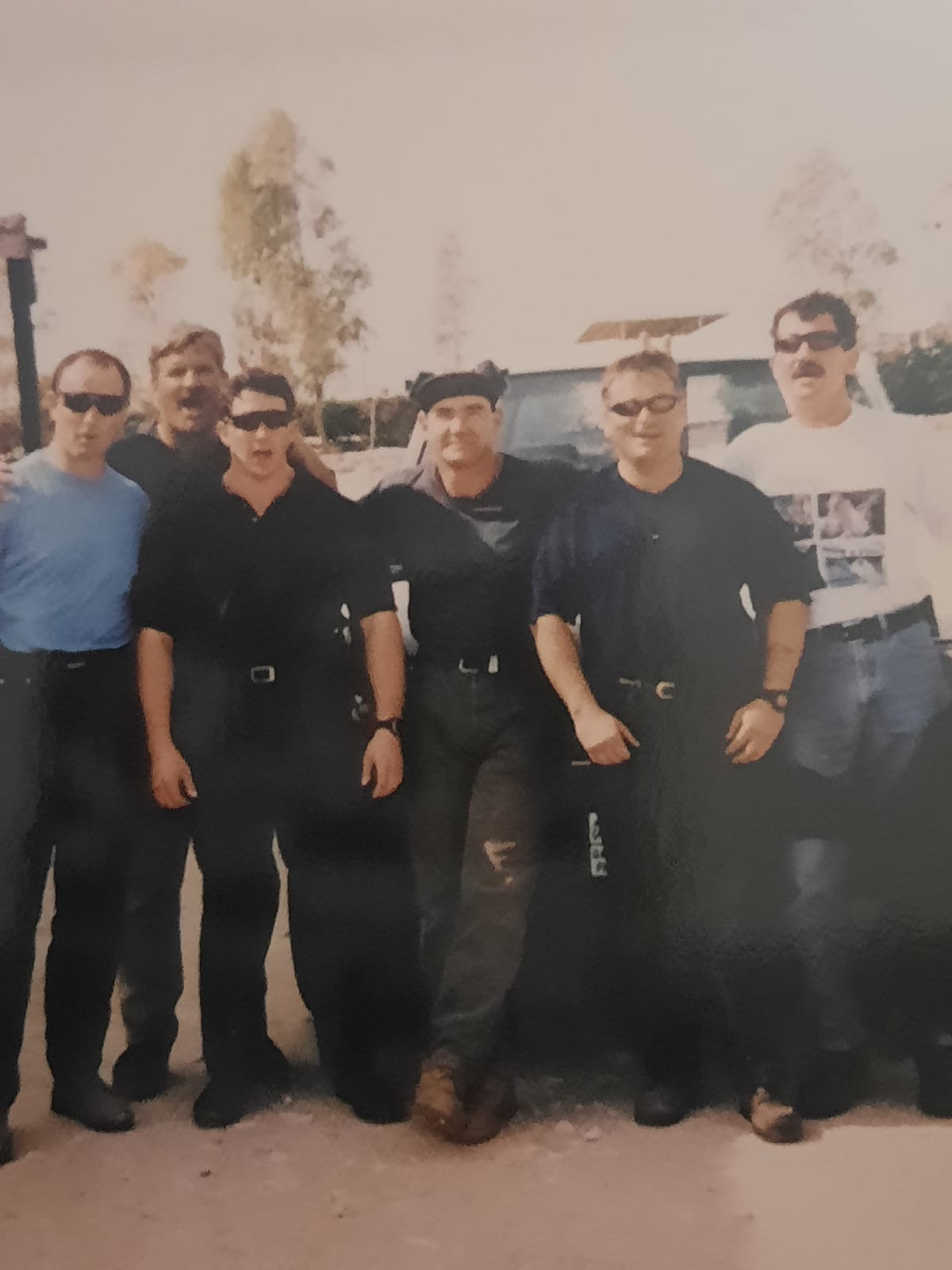 I have just returned from the funeral of my very dear friend, Paul (Dolly) Gray, and thought it was only fitting that I said a few words about him. First, the nickname. Paul Gray was immediately called Dolly when he joined the Royal Marines in 1979. ‘Goodbye Dolly Gray’ was a music hall song sung by soldiers during the carnage of the First World War, so Paul Gray, a young 19-year-old lad from Newcastle instantly became Dolly as soon as he was sworn in. He was the top recruit in his troop during training and was subsequently awarded The King’s Badge. He then aced everything the Corps could chuck at him over the next four years including Mountain and Artic training in 45 Commando RM and a hard tour in west Belfast during the particularly volatile period of the hunger strikes. Dolly then went on to challenge SBS selection. For a civilian explanation, this is the process for the distillation of excellence designed to break down the normal fit motivated bootneck into his constituent parts and produce the strange beast that’s a Royal Marine swimmer/canoeist.

Paul broke his leg on his first course but returned on his second and graduated as the top student. Service around the world as a special forces soldier followed. After operations in Gulf War 1, he worked on SF tasks until leaving the Corps early to secure a job as one of the first special forces military contractors to work directly for the UAE. After a long contract in Dubai with some other notable RM characters (Davey S-Scotty-MG) he moved into the world of international close protection as a member of a BG team for an Arab politician and member of a Royal family.

After over four years working on the team, Dolly found new horizons as a media security consultant in Iraq in 2004/06 for US channels NBC News and Fox News. Dolly looked after his clients during both Operation Vigilant Resolve (The first battle of Falluja) and Operation Phantom Fury (The second battle of Falluja).  This was some of the hardest street fighting that the US Marines were involved in during the Iraqi insurgency and Dolly looked after his people, protected them, and kept them safe. Dolly then served his country again as a security advisor to the FCO for several years where he ensured they were kept safe as well.

I had the very great pleasure to work alongside him over the years. We were both bodyguards for the Arab Royal family and subsequently worked together as security consultants in Baghdad over the time frames above.

Working with such a professional was easy. The overriding theme of any conversation when discussing Dolly with his SBS oppos after the funeral was his self-depreciating humour, his dedication to his mates, his reliability, and his incredible sense of the comic especially when under pressure. Dolly was unbreakable. During the six years we worked together I always knew I could count on him in any situation, and I felt safe no matter where we were.

Paul (Dolly) Gray, excellent bloke and Corps legend succumbed to cancer and died on the 10th of October.

Dolly was not a religious man and had a Humanist funeral. According to the Oxford dictionary Humanism is:

A system of thought that considers that solving human problems with the help of reason is more important than religious beliefs.

That just about sums up Dolly. After a very adventurous life- gunslinging all over the world, he settled back in Newcastle, to spend the rest of his life as a hospital worker in the NHS.  Unlike Dolly, I do believe in the hereafter. I am that sort of confused Christian former Royal Marine that thinks that we will all meet again at that final RV that’s like the Viking’s Valhalla without the constant scrapping, but I can agree with the humanist angle as well. A Greek philosopher called Aristophanes just about nailed it.

Your lost friends are not dead but gone before.

Advanced a stage or two upon that road.

Which you must travel in the steps they trod.

This gets truer as we all begin to run out of road.

A final quote from that music hall song.

Goodbye Dolly, I must leave you,
Tho’ it breaks my heart to go.
Hark! I hear the bugles calling,
‘Goodbye Dolly Gray, Gray! Gray!

And hey old mate, from your fellow Royals, our hearts are broken!

See you at the final RV buddy!

Dolly leaves a loving sister and a devoted set of relations. Our thoughts are with you.

44 Comments on “Dolly Gray. The Death of a Friend!”