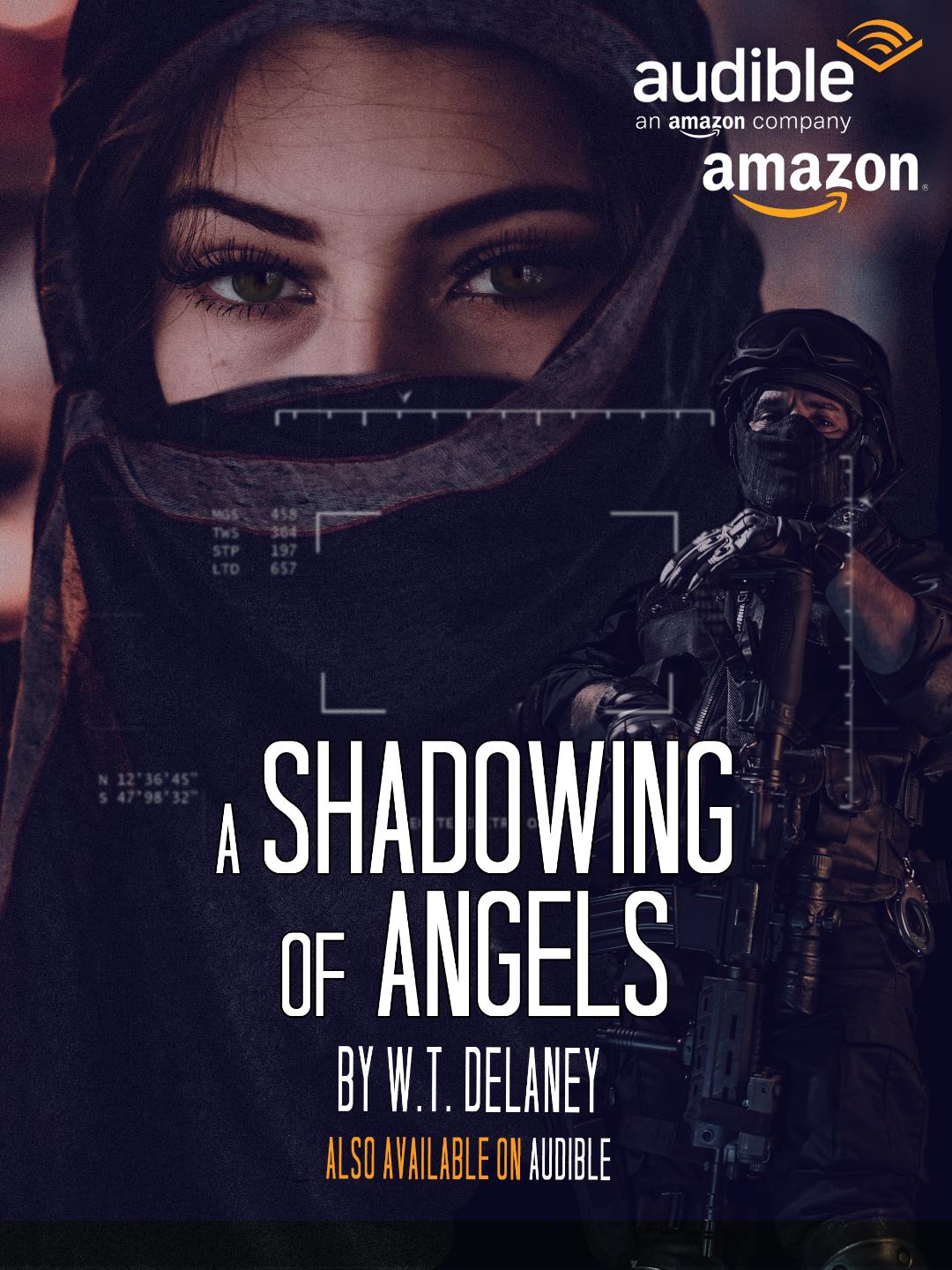 The last day of my kindle giveaway of ‘A Shadowing of Angels’. The first book in the Sam Holloway Trilogy. The book is also available on paperback and Amazon audible.
The book unfolds in the murky and dangerous world of covert intelligence collection and the ‘Circuit; the name given by private military contractors to UK-based security companies. Set in 2016 this adrenaline-fueled spy-based adventure novel highlights the struggle against the evil of the Islamic State. Samantha Holloway is a highly trained intelligence operative and special forces officer working on the Circuit when an American hostage is snatched by ISIS in Iraq. Sam’s team is contracted to launch a search and rescue mission. The search starts in London starts amongst radical Islamist organisations and reaches its climax in the very heart of darkness- the Iraqi town of Mosul, under the demonic control of Daesh. A Shadowing of Angels is the first book of the Sam Holloway Trilogy. All three interlinked novels are all based against a factual historical backdrop. The writer had drawn on his own experiences of working as an intelligence officer in both Iraq and Afghanistan to craft the story.
***** Brilliant, Delaney’s background nails the authenticity once again…’
***** A cracking listen that had me hooked to the end…’
***** Realistic and races off the page.
***** Wow!! What a cracking book!!!